Myth busted; why Pilates was always for everyone, especially men!

As Pilates has risen in popularity, it seems its roots have been forgotten. In the 21st century, Pilates is often equated to only being suited for young, fit, women and it’s not hard to see why. It’s not an uncommon experience to walk into a studio for the first time and feel out of place with the crowd. Additionally, the presence of ‘fitfluencers’ on social media has warped our sense of who fitness is really for… presenting Pilates as an exercise for people with thin bodies, luxurious activewear and super-strong women that make it look easy. Conversely, men’s fitness idols often stick to the gym and heavy weightlifting, enforcing the idea that this form of exercise is most suitable for them.


And of course, there’s nothing wrong with that type of exercise! However, we at Aleenta Health Club would like to remind you where Pilatesreally comes from and who it is designed for (hint: it’s for everyone!).


Enter the man himself, Joseph Pilates! 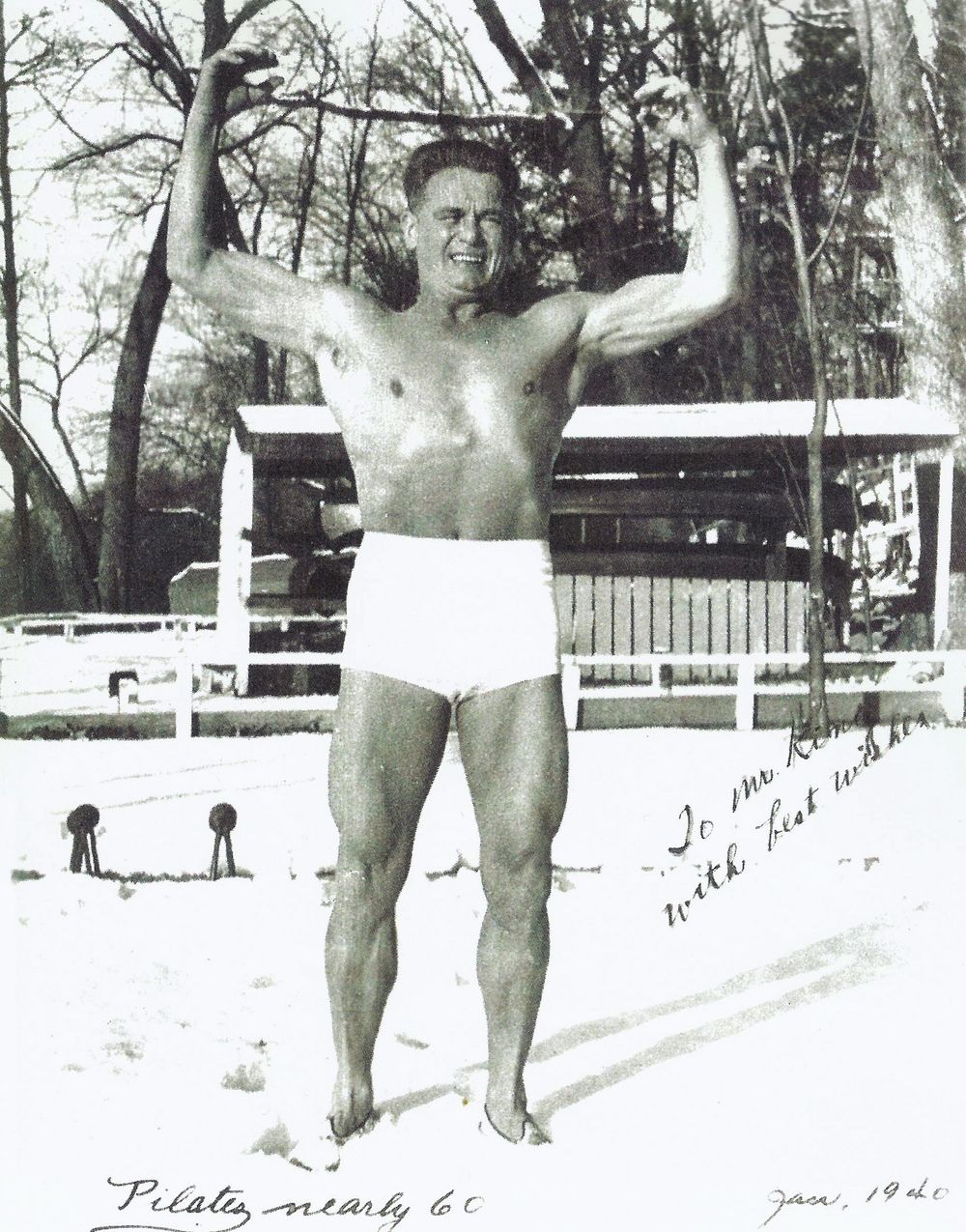 I do always find it odd when someone claims Pilates is only for women. Do they know where the name came from? Well, it belongs to a man; one Joseph Pilates!


Originally called 'Contrology', Pilates is a form of exercise that teaches control of the muscles through the mind, awareness of breath and improving posture by strengthening the deep abdominal muscles that support the spine. But before it became the worldwide sensation that it is today, Pilates was simply an idea in a brilliant man's mind.


Born in Germany in 1883, Joseph Pilates suffered from numerous illnesses as a child including asthma, rickets, and rheumatic fever, which led him to dedicate his life to improving his physical health and strength. He was introduced to gymnastics and bodybuilding by his father, and after moving to London in his 20's, also dabbled in professional boxing, circus, and teaching self-defence at Scotland Yard. During WWI, he was interned by the British, and spent several years sharing his knowledge of wrestling, self-defence, and exercise with his fellow inmates. It was here that he began to develop his earliest iteration of 'Contrology' with minimal equipment (Mat Pilates!), and even used it to help rehabilitate injured soldiers.


Following the War, Pilates immigrated to the US where he met his wife, Clara. The two opened up the first Pilates studio in New York City where they taught well into the 60's. Well known dancers such as George Balanchine and Martha Graham became fast fans, and began sending their students to the studio as well. After societal women caught whiff of the Ballerinas' newest fad, they too began attending the studio. 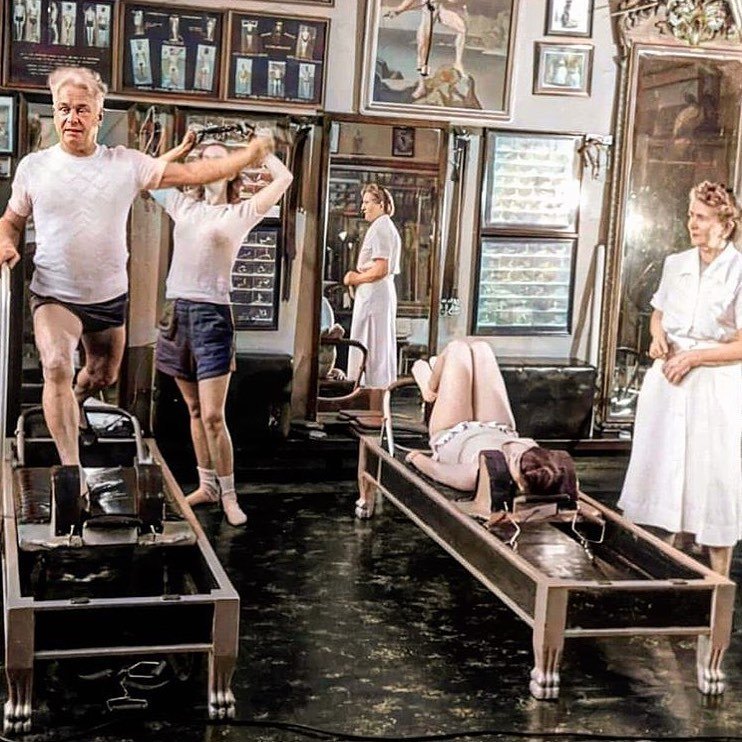 Pilates believed that the 'modern lifestyle', bad posture and inefficient breathing were the cause of poor health, and 'Contrology' was born out of these principles. He himself not only developed the specific Pilates technique, but also went on to build all the equipment (yep, Reformers!) and other elements required to teach his method properly. So, next time you're in a Pilates class, give a silent thank you to Joseph: he dedicated his life's work to teach you how to breathe!

The benefits of Pilates for all genders


So perhaps the disconnect comes from Pilates’ rise in popularity with ballerinas and women. However, the original practice was developed around male soldiers in the war, so it was quite literally created with men in mind too! There are several other myths surrounding Pilates, so let’s break them down using men as our examples, just to show you that they can and do utilise this workout:

It’s a popular myth that the only way to build muscle is in the gym with heavy weights. We have debunked this myth several times on our blog, but just to drive the point home, actor Hugh Grant (yes, you read that right!) took up Pilates in his 50’s.

“I’ve actually started working on my muscles. By doing Pilates, it helps me stay fit and young. Now [after doing Pilates], I have muscles of steel and could easily deal with giving birth.”


We’re not sure about that last part, Hugh… any Pilates-loving mums want to weigh in on that one?

With its focus on core strengthening, it’s easy to see how Pilates improves your balance. Star soccer player David Beckham took up Pilates in the 2010’s and has never looked back. He credits the workout for improving his balance, adding:

“Fitness-wise, I am the best I have been for a long time.”


Whilst improving your balance may not seem all that impressive, it actually helps prevent injury when you’re taking less falls and tumbles!

Remember when we said Joseph Pilates taught us how to breathe? Yeah, we weren’t kidding. Many other athletes utilise Pilates in their fitness regimes, including NBA player LeBron James. He claims because of Pilates, he is able to play upwards of 40 minutes a game without any problems!

Pilates utilises many bodyweight-only exercises from planks to teasers and more. The benefit of training with your own body is that rather than giving you big biceps or a six-pack, Pilates gives you overall strength. This is why many people who practice Pilates often look lean and toned, but not bulky. Whilst training specific muscles in the gym has its own benefits, overall strength and agility is important especially as we age. We love this quote from action star Jason Statham:

"Bodyweight training really allows you to find your weaknesses rather quickly. You need all the components: flexibility, explosive power, the lot. You can build a good physique just lifting weights down the gym. But that doesn't necessarily give you the athletic agility. And for what I do, agility is more usable than just sheer brute strength."


Hopefully by the time you’ve made it to the end of this blog, you’ve had a change of heart about who can and should do Pilates. The reality is that no matter who invented it, who practiced it in the past, present or future, Pilates will always be for everyone. No matter your gender, age, shape, size, or experience, we will always have a spot for you at Aleenta Health Club!